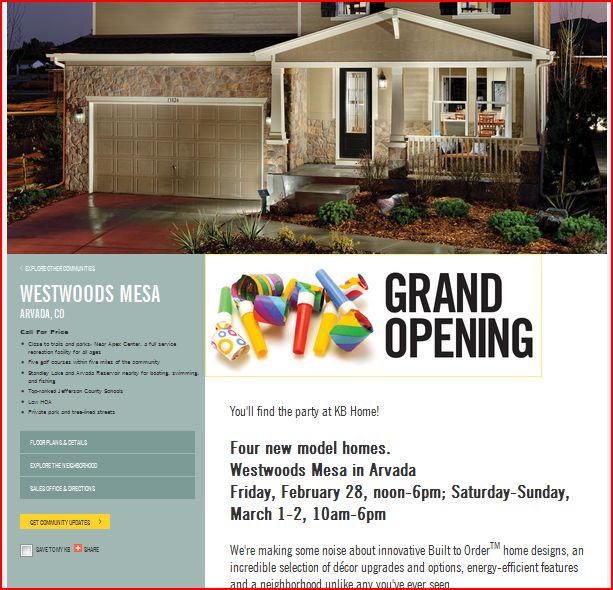 KB Homes hosts a Grand Opening this weekend Westwoods Mesa When we began making waves about Candelas, people asked why we hadn’t targeted some of the other developments in the area. After looking at some of the contamination maps, we realized they were right! The concerns are not just with Candelas by any means. Along with Candelas and Whispering Creek, here’s another (beautiful) new development from which we hope no workers or residents are harmed.

Map of contamination from the 1957 fire according to CDPHE via wikipedia: http://en.wikipedia.org/wiki/File:Plutonium_plume_from_the_1957_fire_at_Rocky_Flats,_per_Colorado_state_dept_of_public_health.gif